Why does the sky turn yellow on some evenings? Every evening, the sun sets again. Sometimes it’s overcast and there is nothing to see.

But on other occasions, a truly beautiful pallet of colors covers the sky.

Which factors are at play to create these amazing colorful skies? And why does the sun even set in the first place? A lot has to do with science, from weather to the physics of gravitational forces.

When light from the sun enters the earth’s atmosphere, it gets distorted. Due to the greater distance, it needs to travel through the atmosphere in the evening and morning, yellow skies occur. Clouds are also an important factor in deciding the colorfulness of the morning and evening skies.

Why Does the Sun Set Every Evening?

The earth rotates around her own axis at a speed of about 360° each day. On that day, the sun rises once and sets once, except at the North- and South Pole, where sometimes the sun doesn’t rise or set at all.

When the earth rotates around, the portion lit by the sun changes with it. The direction of the rotation is from west to east.

That’s why the sun rises in the west and sets in the east. When the sun sets, the regions to the west of your location are still lit.

The earth rotates, but the direction of light remains the same. That’s why we experience night and day.

There is a second factor that we need to take into mind. The earth does not only rotate around its own axis, it also rotates in its whole around the sun.

At the equator, this won’t have any effect on the sunset and sunrise times, but the further you travel to the poles, the more it will affect the time of sunrise- and set.

The earth is tilted about 23°7’. That’s why a day in Norway doesn’t last the same time as a day in Rome at the same moment of the year. And it’s also the cause for the seasonal variability in day length.

There would be no oxygen to breathe and dangerous radiation from the sun would extinguish all of the life as we know it.

The atmosphere is built up of multiple layers, the one that ties up the most into the cause of beautiful sunsets is the lowest layer.

The troposphere reaches from the earth’s surface up to the tropopause at about 4-9 miles (7-15km). Most of the earth’s oxygen and nitrogen can be found in this layer.

The troposphere is the place in the earth’s atmosphere where all weather-related things occur. That’s why this layer will be very important to answer the question: what does a yellow sky mean?

The lowest layer of the earth’s atmosphere is the troposphere, also called the weather sphere.

Light itself has no color when it passes the empty space between the sun and earth. Light is built up of different wavelengths, representing different colors.

The gas molecules in the earth’s atmosphere reflect, deflect and absorb some light waves. This happens the most with the blue light waves, which consist of the most energy. That’s why the sky is blue on clear days.

But the molecules in the atmosphere are not the only things that reflect light. Clouds play a major role in it too.

Some types of clouds reflect more than others, while others let more light through. And the type of cloud is the deciding factor in the colorfulness of a morning or evening sky.

Since the type of cloud is the deciding factor in the evening sky colorfulness, it’s important to know how the different cloud types impact the light radiation from the sun.

There are three main types of clouds:

Stratus clouds are defined as clouds where there is almost none to entirely no structure visible. In grey days with a fully overcast sky, stratus clouds may well be the culprit.

Stratus clouds don’t let a lot of light through, especially stratus and nimbostratus. More on them in the next section.

Cirrus clouds form above 23,000ft (7,000m). The sun can often shine through them. The typical cirrus clouds are like feathers in the sky.

The three main cloud types can be split up even more. Based on the height where they form and thrive, they get a special prefix.

The high clouds group has the prefix “cirro-” and consists of cirrostratus, a stratus type cloud above 23,000ft (7,000m) and cirrocumulus, which lays above the same threshold, but is of the cumulus family. The last high cloud type is the general cirrus cloud.

Underneath the high clouds, there are the middle-high clouds. The prefix for this group is “alto-”.

In the low cloud category, we have the general cumulus and stratus clouds, and we have a combination of those two: the stratocumulus clouds.

Besides these clouds, there are also clouds that cross the three layers, the vertical clouds.

Why Does the Sky Turn Yellow?

We already learned that during a clear day the sky is blue because the blue light rays get distorted the most.

When the rises or sets, the distance it needs to travel through the earth’s atmosphere is greater.

This results in not only the blue rays getting distorted but also the yellow ones. The sky turns yellow as a result.

When there is a lot of dust in the atmosphere, even red wavelengths can be distorted resulting in a red evening sky.

More yellow rays are distorted in the evening and morning when the sunlight travels over a greater distance through the atmosphere.

Influence of Clouds on Light Reflection

Some clouds don’t let a lot of sunlight through, most of the light gets reflected on the upper side of the clouds.

Mainly low and vertical clouds let little light through. With the difference that cumulus clouds only cover a portion of the sky and stratus clouds often cover the whole sky.

If these clouds are present at sunrise or sunset, the colors will be non-existent. The world will just fade away slowly into the darkness.

The high clouds generally let through the most of light. Still, a portion gets reflected and distorted, resulting in more interesting colors at sunset. High clouds have one other special capability.

Even after the sunset, sun rays can hit the cloud from the underside. The sun travels even further through the atmosphere, resulting in amazing color pallets.

Clouds are arguably the most deciding factor in the sunset’s colorfulness.

Sunlight gets distorted inside the earth’s atmosphere. The longer distance that the light travels in the evening is the cause of the yellow evening sky. Besides that, the cloud type is an important factor in the colorfulness of the evening and morning sky.

The combination of the way the earth turns around her own axis and the earth’s atmosphere and the things that occur inside the troposphere can make the sunset and sunrise as beautiful and colorful as they are.

In a quest to find the answer to the question: why does the sky turn yellow, we learned about the earth in relation to the sun and the physics inside the earth’s atmosphere, from distorted sunrays to clouds. 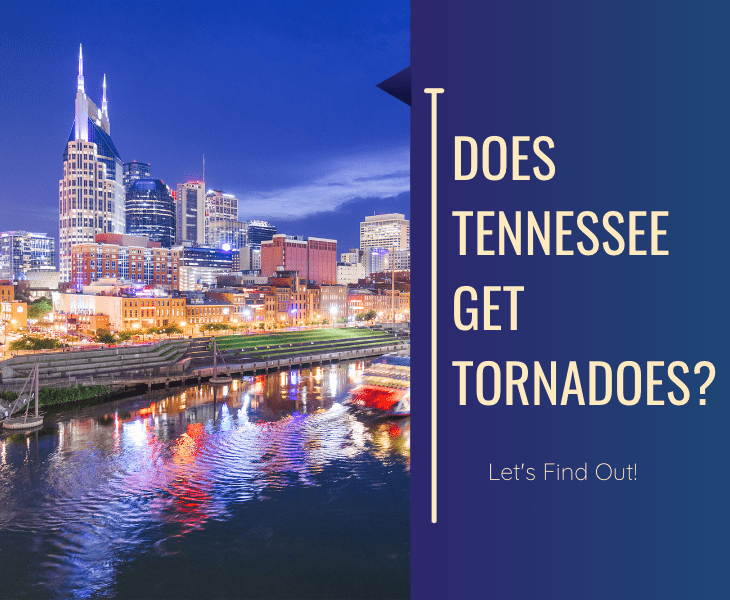 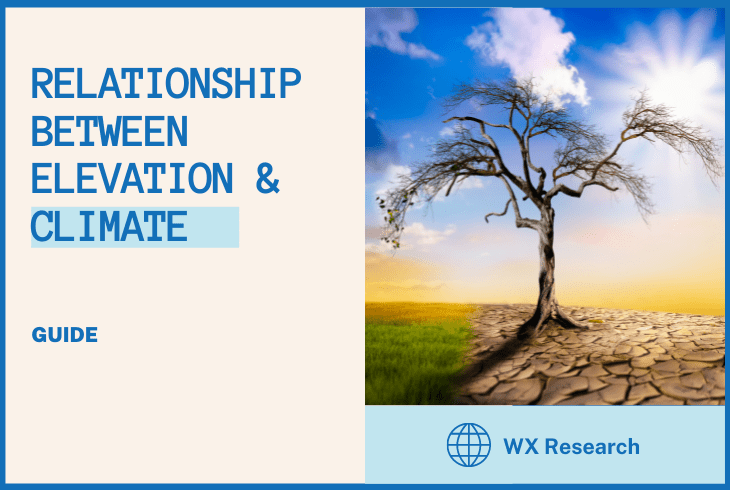 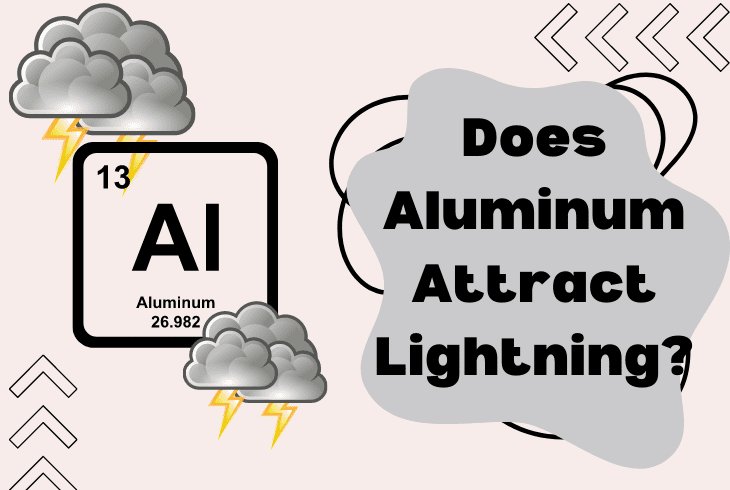 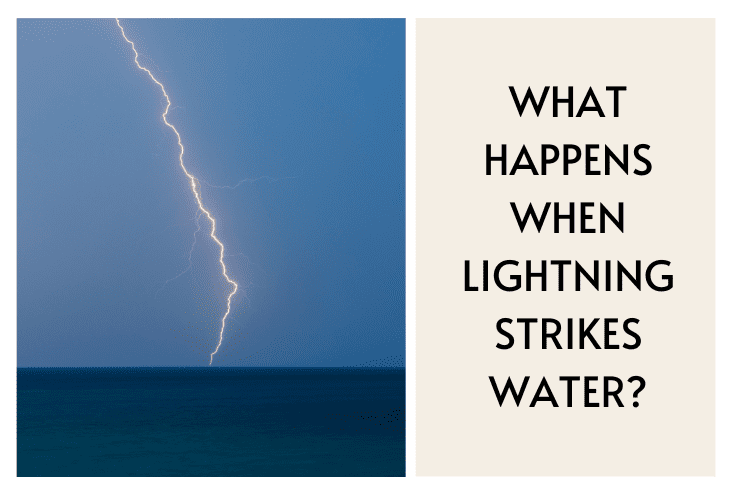 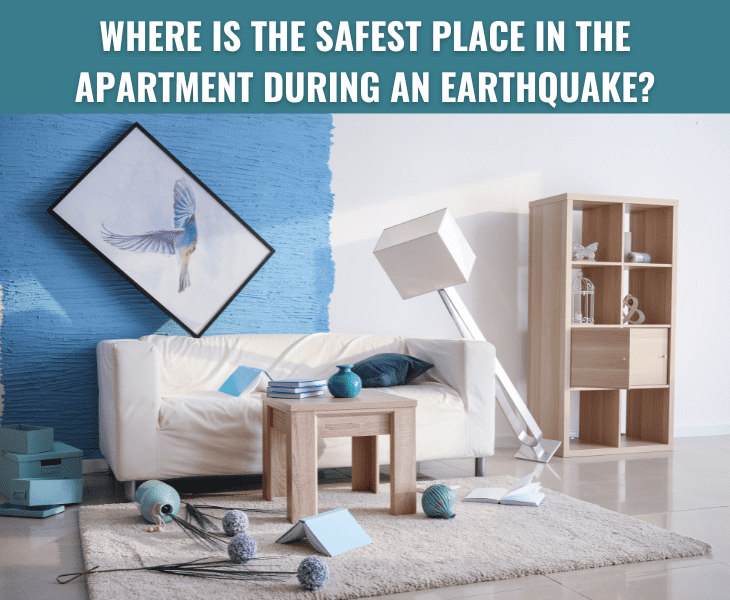 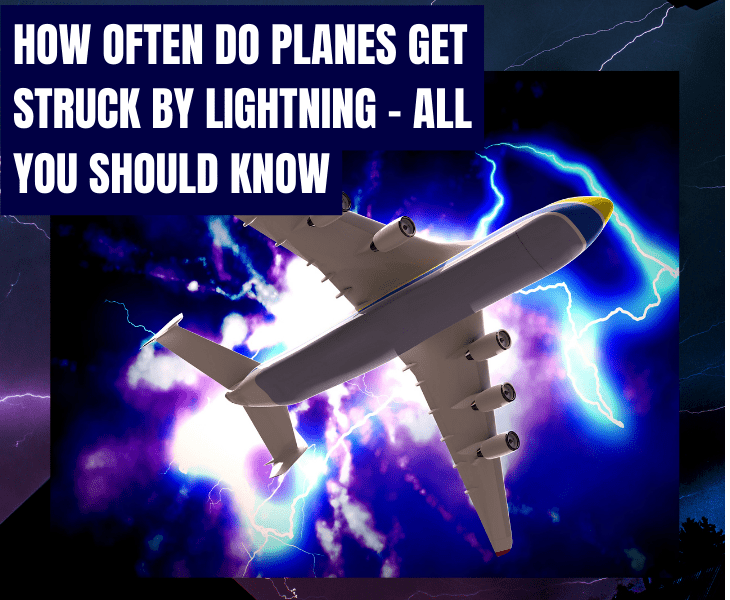 Have you ever wondered; how often do planes get struck by lightning?  With over 7,000 aircraft in the air at any given time, what’s the chance that a plane would get hit by lightning. When the cloud’s positive and negative charges meet, there is a discharge of electrons (electricity), which is also called lightning.  This…